Killing 90% Of Reporting Can Benefit Your Organisation

Killing 90% Of Reporting Can Benefit Your Organisation

According to CIO.com, the CEO of a large financial services company was getting tired of all the reports his leadership team was receiving. He decided to eliminate everything except those reports required by two or more people. This reduced reports by 90 % with the spare capacity generated being used to drive innovation inside the organisation.

Due to the inherent data bloat produced by queries of row-based data sources, nearly all SQL-based reporting focuses on extracting a very specific minimum dataset for the report in question. Let’s call this the “minimum viable dataset” (MVDS), and it works on the basis of “Less is More”.

Generally speaking, good leaders and managers want to understand the context around the numbers that are reported to them. They want to find out the “why” of the data instead of just getting the “what”.

Unfortunately, this is where the MVDS SQL approach of yesteryear fails, because these questions can’t be answered without the reporting team designing another specific MVDS SQL report. Often, the new customised report is only used once, yet each new report adds to the ever-growing list of information choices inside the organisation. While this may be difficult to manage or navigate in a small to medium organisation, imagine this scenario scaling up to a national or multinational organisation with a roster of thousands of reports growing daily.

For a long time, business intelligence (BI) was just a somewhat prettier version of the same MVDS paradigm. And while the pictures were nicer, the MVDS paradigm resulted in a series of disparate puzzle pieces not really connecting with one another. Even with slicker tools, people began to realise that the “Less is More” promise of the MVDS approach actually meant that “less data inclusions in a specific report requires more reporting to be built to create the context needed to best understand the data.” This was great for the consultants producing the reports, but not so good for the businesses relying on them.

In the World of Insights, “More in Less is More” …

Qlik turned this static and disconnected environment on its head with a user-driven BI revolution.

Unlike the huge majority of BI vendors that embraced data cubes to overcome row-based data bloat, Qlik zagged while everyone else zigged. Qlik started with a complete ETL engine that uses a column-based process to compress data up to ten times right off the bat. This meant more data could be examined with less resources. Qlik then coupled this with a great visualisation engine and pushed everything into system memory which meant users could contextualise objects in any way required, by filtering on any field within the data set in real-time.

As a final step, Qlik created a platform level governance layer that enabled IT to still manage the analytics environment, user permissions, and curate the data integrity, while allowing end users to extract insights hidden within the data itself.

So, instead of a plethora of reports to explain all the subtle nuances of the data, the user-driven approach of Qlik gives organisations the ability to have one set of reporting and analysis, viewable immediately from a multitude of different viewpoints.

Despite what the competition says, Qlik is in a class of its own because there is NO other tool in the market that does analytics this way. Qlik facilitates better insights by delivering more related data in fewer reports, giving more context while using less resources and time that static or cube-based reporting environments. 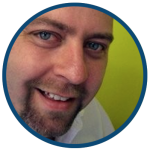